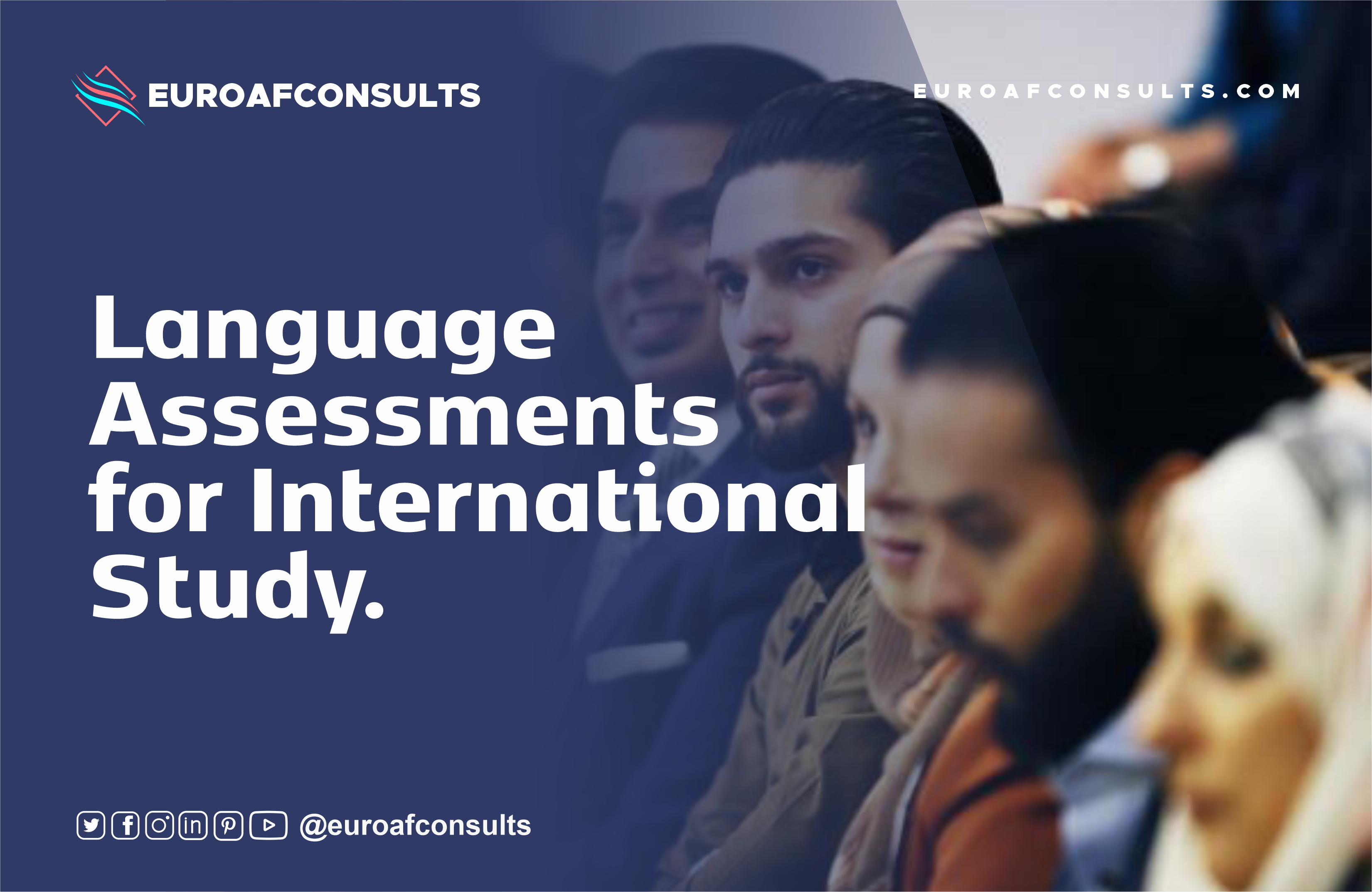 Language Assessments for International Study, before being admitted to a university in the United States, Canada, the United Kingdom, or Australia, international students must demonstrate their English skills through language examinations. APPLY FOR ASHINAGA AFRICA INITIATIVE 2022 FOR AN UNDERGRADUATE DEGREE

More and more colleges are requiring an English language certification, such as the IELTS or TOEFL, as proof of a strong academic English level. Discover which of these language exams is most appropriate for you!

Without a question, English is one of the most important languages in modern culture. It’s no surprise that practically everyone speaks English in this age of globalization and global competition. As a result, language certificates and examinations are becoming increasingly important. A language tour to England or Malta to prepare for one of these tests can be a huge help in improving your English!

Language Assessments for International Study – IELTS and TOEFL are two of the most well-known language assessments.

If they want to study abroad, almost every candidate must take one of these language tests. The IELTS and TOEFL are the most widely recognized and accepted language assessments in the world. Both language tests have their own set of questions. You cannot fail these language tests, unlike many other tests such as the driver’s license. Both English language exams solely provide information about the candidate’s present language level.

What are the distinctions between these two English language assessments?

The language exam you choose in the end is determined by your destination as well as your personal learning style. IELTS and TOEFL are nearly identical in terms of design. The common four language domains are speaking, listening, reading, and academic writing in both assessments. Global Leaders Scholarships at Imperial College Business School, UKThe majority of candidates struggle with the portion on “academic writing.” In this section of the test, you must demonstrate your writing abilities in two essays.

Despite the fact that both language examinations cover the same material, they differ in some ways. As a result, before you choose a language exam, you should be absolutely confident that it meets your requirements!

Which language exam you choose in the end is also determined by your desired country and university! In Europe, English-speaking institutions are more familiar with IELTS.

TOEFL, on the other hand, originated in the United States and is the most widely used English-language proficiency test there.

In this instance, thorough exam preparation is critical! The majority of candidates fail not because of their English abilities, but rather because of time constraints and the exam layout. An effective exam preparation program in another country can help you pass a language test with ease!

You can easily pass a language test if you combine a language trip to Cambridge or a language tour to Boston with an English exam preparation program.

In this short overview on Language Assessments for International Study, you can evaluate both English language tests:

As an international student, how do you take care of your mental health?

THINGS YOU SHOULD NOT TAKE OVERSEAS AS A STUDENT

HOW TO LEARN FOREIGN LANGUAGE OF INSTRUCTION FASTER

PROS AND CONS OF STUDYING OVERSEAS

The Difference Between Scholarships, Grants, and Bursaries Explained

As an international student, How Do I find Part-Time Work?

Close Menu
Manage Cookie Consent
We use technologies like cookies to store and/or access device information. We do this to improve browsing experience and to show personalized ads. Consenting to these technologies will allow us to process data such as browsing behavior or unique IDs on this site. Not consenting or withdrawing consent, may adversely affect certain features and functions.
Manage optionsManage servicesManage vendorsRead more about these purposes
View preferences
{title}{title}{title}
×
×