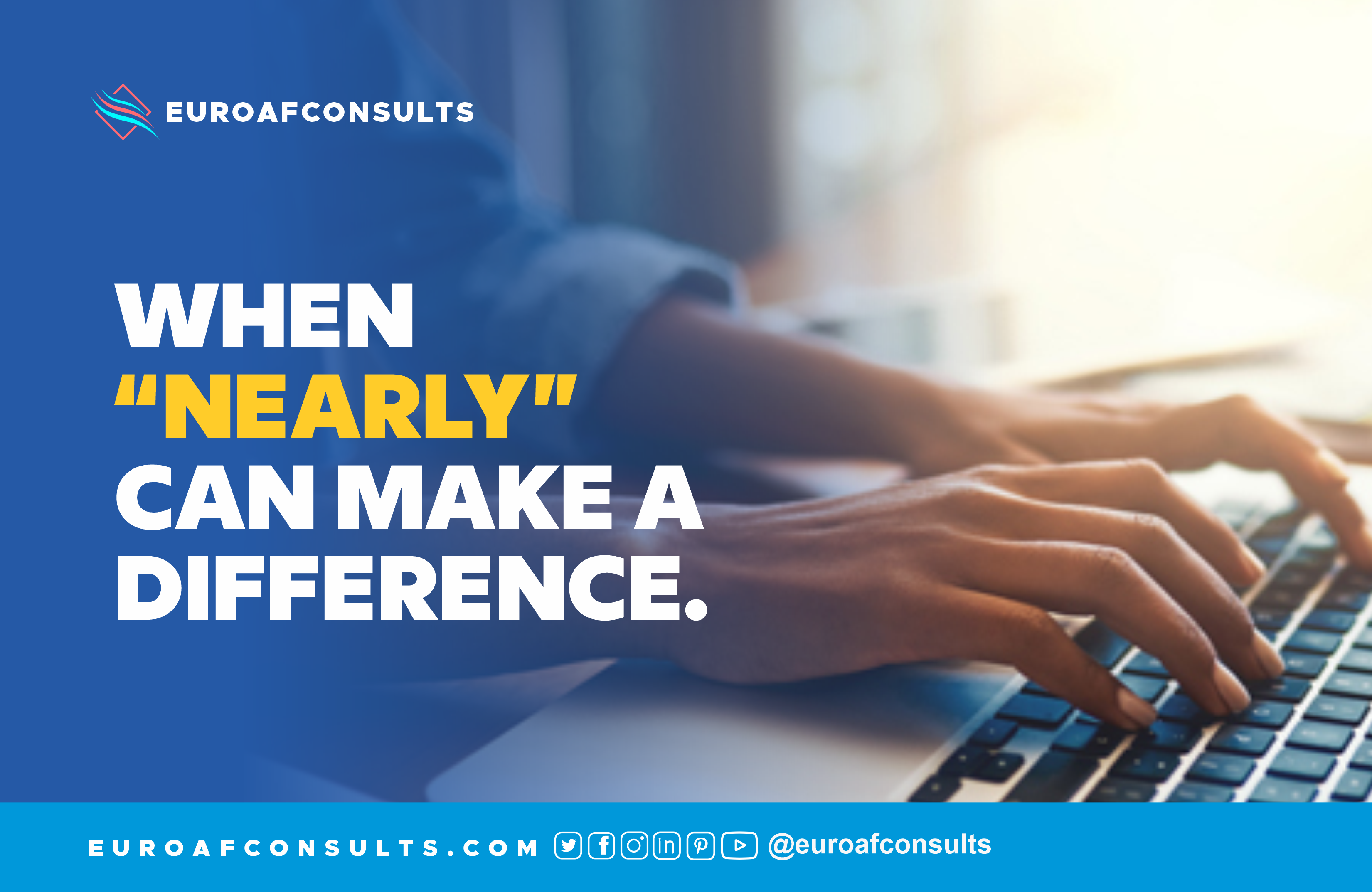 When Nearly Can Make A Difference

The adage “nearly cannot kill a bird” is a common adage in Africa.
It has roots in gaming. A hunter shoots a bird and the bullet happens to miss by just an inch or even less. That “nearly” could never kill the bird. 6 Mistakes to Avoid When Applying For Scholarships
The hunter could go on congratulating himself on how near-perfect he could aim. Yet, near-perfect is not the same as perfect, at least not in gunning down a bird. Or, the hunter could bite his finger and reel at how he almost hit the target. But that’s the much he could do now, for the bird has escaped, maybe forever.
This allusion can be employed in two ways: positive or negative.
Positive Application
If, for example, you nearly missed your flight, you can exult with the aphorism that “nearly cannot kill a bird”. You nearly missed your flight but you didn’t. Thank God. Or, you nearly missed your scholarship application but you succeeded at last. Awesome. Visa application, procedure and requirements for overseas studies
Negative Application
On the other hand, however, if you miss the desired goal (say, your flight) by even a minute, the parable puts the joke on you. “I nearly caught my flight” can never put you on the flight you already missed. Nearly cannot kill a bird. “I nearly met the deadline for the scholarship application” is never the same as “I successfully applied”. You missed it,
period—end of discussion. The rest is regret.
The Parable Can Be Wrong
There are times, however, when “nearly” can actually kill—maybe not a bird—perhaps an ant, or a human!
If you swat an ant or a fly that’s perching near a fire and miss it by an inch, the wind of the swat could blow the poor thing into the nearby fire, thus killing it.
Give me a break. People have sustained accident because they were frightened by the sudden honk of an approaching vehicle. Self Sponsorship Maybe the fear made them run into another vehicle or into a dangerous corner. Whereas the vehicle nearly hit them and they escaped, they had the accident anyway. So the accident occurred without occurring. Such paradox.
Similarly, scholarship candidates have ended up losing their scholarships even after they’d seemingly obtained it, because they applied at the last minute.
Last Moment Moves—Critical
You might receive a congratulatory message that your last-minute application has been successfully submitted. But, who knows, it might not be received in the same last minute. This is why it is risky to wait until the eleventh hour before doing what you ought to do long ago. In this case, to wait is to waste. And the delay can be denial. The eleventh hour is always critical. How to write a winning SOP/PS for grad school.
Besides your submission being received after the deadline (which is what counts), applications made in the eleventh hour are usually done hurriedly. And such hurried works are usually fraught with mistakes and errors liable to disqualify the candidate. This is one of the reasons people lose their opportunities even after they seem to have been selected.
Why Not Now?
So many scholarship opportunities abound in our website www.euroafconsults.com, calling for your quick response.
Why do you still delay?
Nevertheless, this is not to discourage you from applying at all if you’re this moment in the last minute. Like already said, “nearly cannot kill a bird” can also work positively. So, still give a shot even if you’re almost late. Do it now. “Better late than never,” goes another saying.
But don’t make this a habit. Don’t even tolerate tardiness. Never condone it.
Peruse our pages for opportunities, or place a call to us to guide you, right now. Right now.
Base on When Nearly Can Make A Difference we want to hear your option.

How to write a Motivation Letter for Scholarship (5 Examples)

The Last Key That Opens The Door